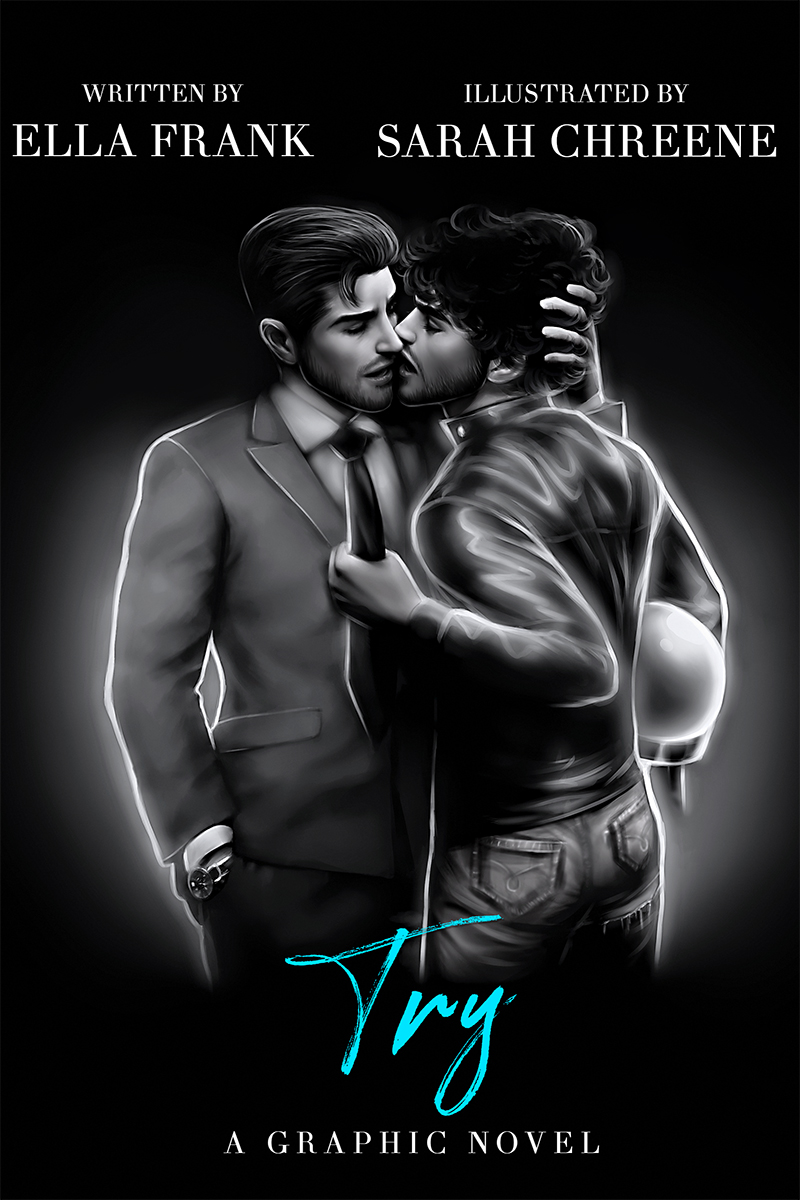 Note from the Author: This book has been two years in the making, and it’s my pleasure to bring you Logan & Tate in TRY.

Try – verb: to make an attempt or effort to do something or in this case…someone.

Sex. Logan Mitchell loves it, and ever since he realized his raw sexual appeal at a young age, he has had no problem using it to his advantage. Men and women alike fall into his bed–after all, Logan is not one to discriminate. He lives by one motto–if something interests you, why not just take a chance and try?

And he wants to try Tate Morrison.

Just coming out of a four-year marriage with an ex-wife from hell, a relationship is the last thing on Tate’s mind. He’s starting fresh and trying to get back on his feet with a new job at an upscale bar in downtown Chicago. The only problem is, Tate has caught the unwavering and unwelcome attention of Mr. Logan Mitchell – a regular at the bar and a man who always gets what he wants.

Night after night Tate fends off the persistent advances of the undeniably charismatic man, but after an explosive moment in the bar, all bets are off as he finds his body stirring with a different desire than his mind.

As arrogance, stubbornness and sexual tension sizzles between the two, it threatens to change the very course of their lives.

Logan doesn’t do relationships. Tate doesn’t do men. But what would happen if they both just gave in and…tried?