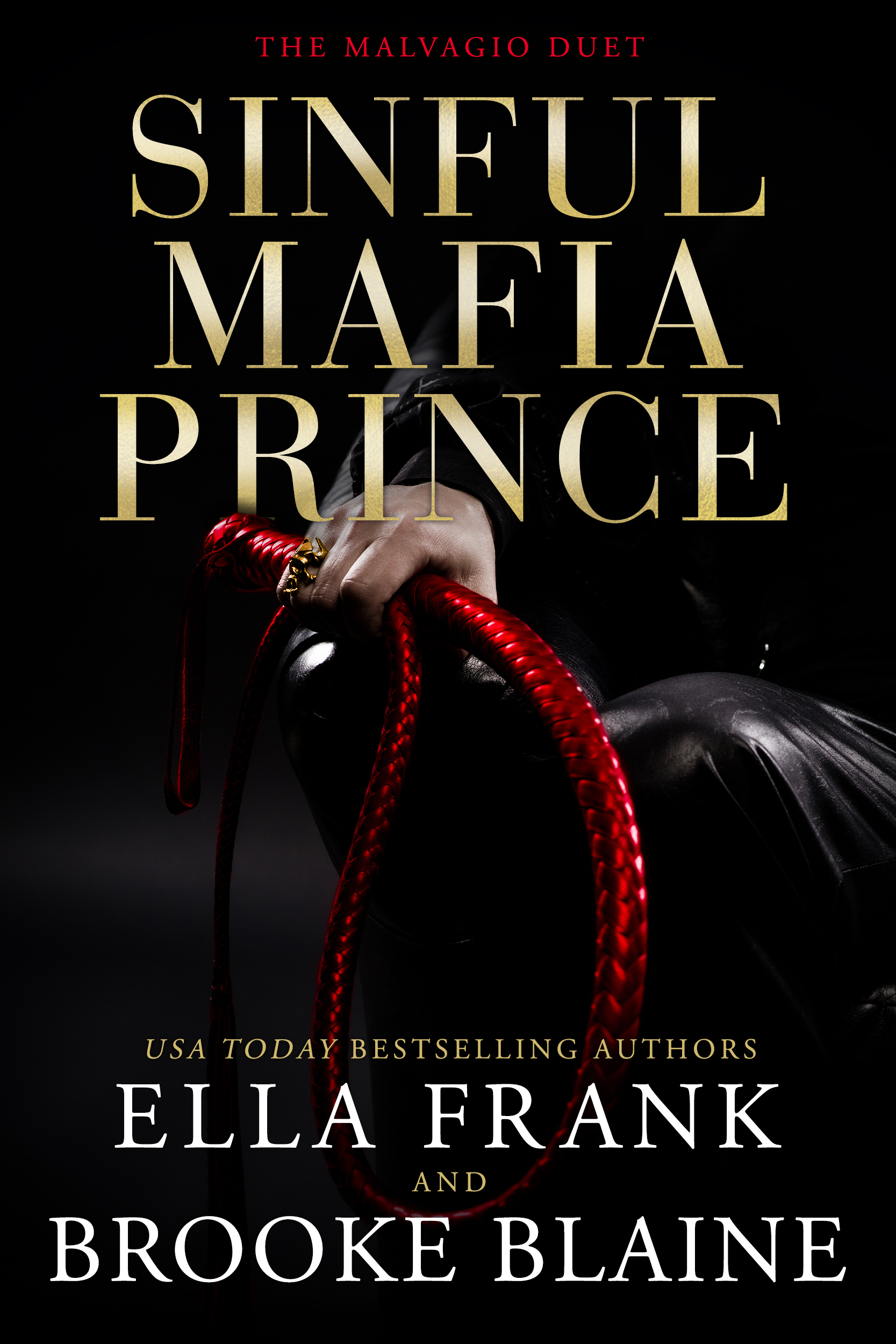 “They took something that belonged to me—
and nothing will stop me from getting him back.”

The Fiores have made their move.
In a last-ditch effort to save their crumbling empire, they’ve managed to take back their heir, landing a blow to the Rossettis—in particular, Dom.

But failure is not an option for Dom, and soon he finds himself at a crossroads:
Follow his father’s orders and leave Luca to the wolves, or defy the boss and get back what he lost.

The question is, will Luca choose to trust Dom to keep him safe even after all he’s put him through, or will he put his future in the hands of his long-lost family instead?

As the war between enemies reaches its breaking point, both Dom and Luca face the most difficult decision of their lives.

Sinful Mafia Prince is the second and final book in USA Today Bestselling authors Brooke Blaine and Ella Frank’s M/M Mafia romance duet. It should only be read after Forbidden Mafia Prince.

Celebrate St. Valentine’s Day with us! I teamed

These three together… BOOM💥